Who are the Hurricanes?

The Connecticut Hurricanes Drum & Bugle Corps is an All-Age Drum Corps performance organization based in Seymour, CT. The Corps prides itself in being the only World Class All-Age Drum Corps in New England, and draws its members from throughout Connecticut, Massachusetts, New Hampshire, Vermont, as well as New York State and the New York City metro area.

Founded in Derby, Connecticut in 1932 as the John H. Collins American Legion Post Fife Drum & Bugle Corps, the Hurricanes transformed to the competitive arena in 1955 as a drum & bugle corps and became a charter member of Drum Corps Associates (DCA) in 1963. They reign as the oldest, continually active organization in the DCA.

The Hurricanes have won every major championship title in All-Age drum corps storied history, including three DCA World Championship titles. The Corps prides itself in being one of the most cutting-edge and entertaining groups in our activity. Year after year, the Corps performs with excellence and precision that consistently keep us in the forefront and upper echelon of the Drum Corps activity.

What is DCA? How is it different than DCI? 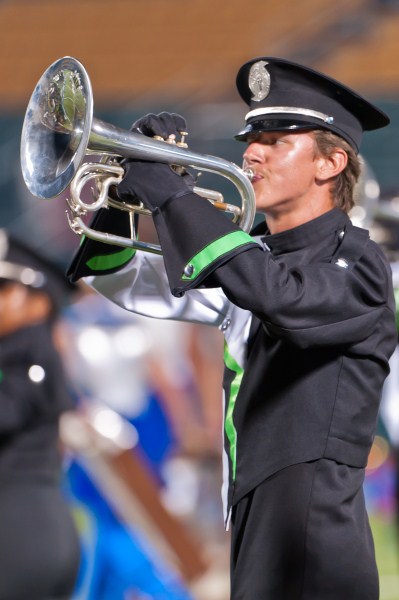 DCI corps travel for 3 months during the summer, having the members live together as a group, eating out of a mobile kitchen, and sleeping in gym facilities across the country. They rehearse most of each day, with a performance in a different city each evening. The Corps report to spring training in May, and do not return home until Mid-August after the DCI World Championships.

DCA corps, however, are a weekend-only activity. The corps traditionally rehearse throughout the winter months on weekends, and compete during the summer on Saturday and Sunday shows regionally. Younger students that are striving to develop the skills to successfully audition for a top DCI corps can find that spending a few summers with a DCA corps, such as the Hurricanes, extremely beneficial. Also, because there is no age limit, those performers who can no longer participate in DCI find it rewarding to continue marching with a DCA corps.

The benefits of participating in a All-Age corps from High School students to seasoned professionals are numerous. Being able to have acareer and work a job, while doing this activity only on the weekends is a popular benefit. The costs and tuition for participating in a corps like the Hurricanes is about 1/3 of the cost of a touring DCI corps. In today’s economy, the option to hold a summer job and lower tuition costs is very attractive for college students.

I have no experience. Can I still march with the Hurricanes?

The Hurricanes Drum & Bugle Corps exists solely to service the community as a place for music lovers and performers alike to come together for the love of our activity. We would never turn anyone away, and pride ourselves in having an extremely diverse membership. Families of moms, dads, sisters, brothers, along with seasoned professionals and brand new members all work together for a common goal. The life skills and team-building learned while participating in our organization is incomparable, and the level of performance is unmatched. We invite anyone to come be a Hurricane, we will teach you everything you need to know!

How do I join?

Its simple! Visit our Interest in Joining page, and let us know you are interested. We will contact you and get you any information you need to become part of New England’s only All-Age World Class Drum Corps.